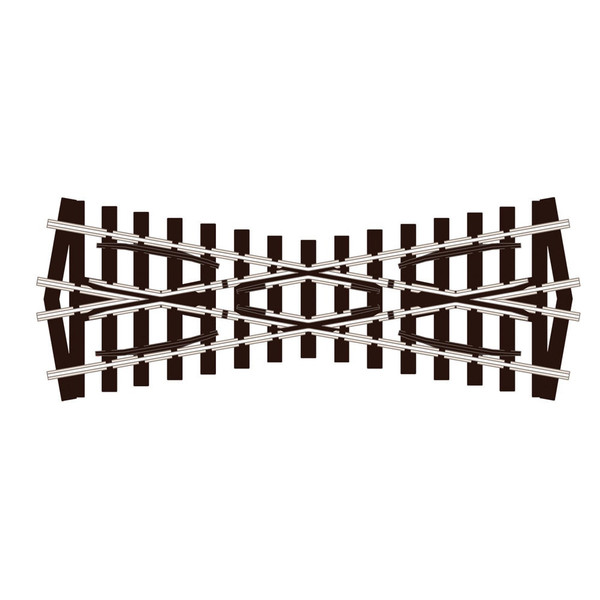 The Short Crossing is double the angle of other track components in this range; it can be used with 4 Medium radius turnouts (SL-E1495/6) to form a scissors crossover, or even more complex formations incorporating the SL-E1490 double slip.

This 12mm gauge track system is accurately modelled in H0 on the metre gauge track found in Europe, most notably in Switzerland. It is also useful for modelling the 3ft 6ins track found in southern Africa, Japan, Australia, Norway and parts of South America; in 4mm scale the gauge is correct for the many 3ft gauge lines formerly found in Ireland and the Isle of Man. This versatile track could also be used for modelling in TT (3mm/ft scale).